Mental Health is a Crime 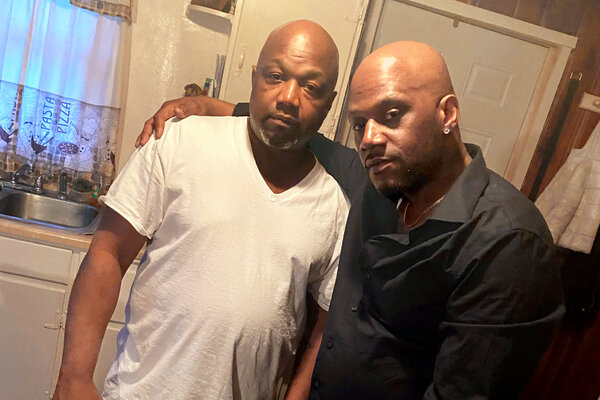 On March 23, just a day after having gone to the hospital for mental health problems, a 41-year-old man named Daniel Prude bolted out of his brother Joe’s home in Rochester, N.Y, wearing few clothes. Joe was scared about what might happen to his brother. So he did what many Americans do when facing an emergency involving mental illness. He called 911.

In the hours that followed, police officers found Daniel Prude walking down a street and handcuffed him. One officer held a knee on his back for two minutes. Unable to breathe, Prude lost consciousness and died a week later.

On Thursday, after the Prude family released a video of the confrontation, the mayor of Rochester suspended seven officers. (For a more detailed account, you can read this reconstruction by Times reporters.)

The case has raised many of the same questions — about racism and police behavior — as some other recent deaths of Black men. It has also highlighted a specific issue that many experts believe is crucial to reducing police-related violence: mental illness.

Are there any promising solutions? There appear to be.

Some cities have had success moving more mental health treatment — including emergency response — out of the criminal justice system. And many advocates for better policing have called for an expansion of these efforts, as part of shifting some police funding to other areas. “This is the only medical illness that we use criminal justice to respond to,” John Snook, the executive director of the Treatment Advocacy Center, told Vice.

One alternative: Eugene, Ore., routes some 911 calls — like many involving mental illness or homelessness — to an emergency health service, the White Bird Clinic. Last year, the clinic received 24,000 such calls Ebony Morgan, a White Bird crisis worker, told National Public Radio. In fewer than 1 percent of those cases did White Bird need to call for police backup as part of its response.

It’s hard not to wonder whether Daniel Prude would still be alive if his brother had been able to call medical professionals instead of the police.